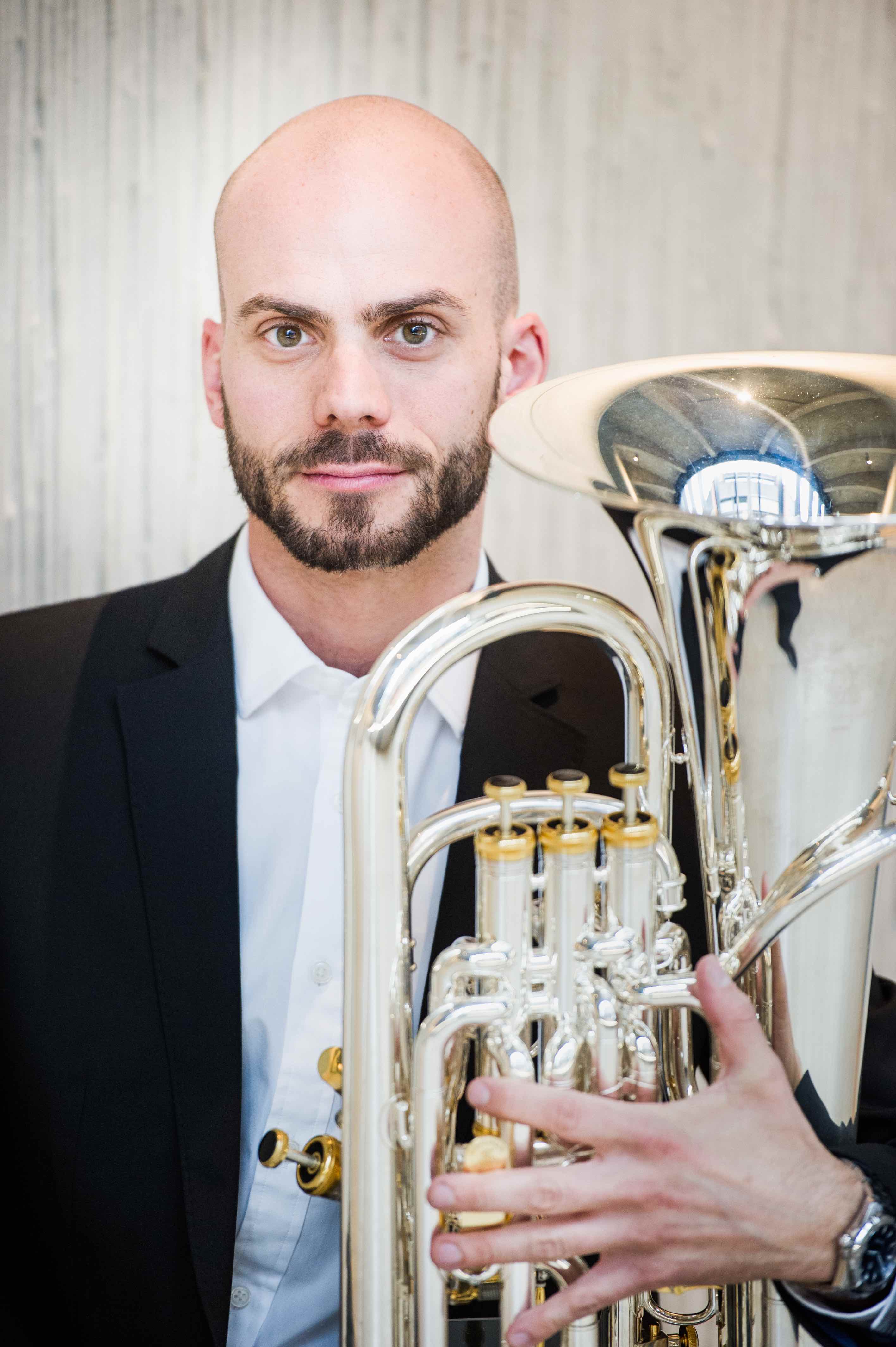 Philippe is regarded as one of the most accomplished and innovative Euphonium players of his generation. His work as soloist, conductor and educator has earned him a reputation of excellence throughout the international brass community.

Born in Luxembourg in 1985, Philippe started playing the Euphonium at the age of eight at Luxembourg Conservatoire. Some ten years later, he decided to further his musical eduction and passion for the Euphonium by accepting a place at the Royal Northern College of Music in Manchester where he completed both a Bachelor and Master’s degree under the tuition of Euphonium pioneers Steven Mead and David Thornton. While at the RNCM, Philippe made history by becoming the first brass student to gain a 100% score at his final Master’s recital, which earned him the Harry Mortimer Memorial Trust ‘Brass Student of the Year’ award in 2009.

Philippe’s work within the Brass Band world has seen him perform with some the best bands in the country for nearly fifteen years. Since 2009 has held principal euphonium positions with the Leyland Band, Brighouse & Rastrick as well as the Grimethorpe Colliery Band. In September 2018, he was awarded the “Geoff Whitham Memorial Trophy” for the Best Euphonium Player at the British Open Brass Band Championships. On the orchestral scene, the versatility of Philippe’s playing is also sought after and results in regular performances with the Hallé, the BBC Philharmonic Orchestra, the RTE Concert Orchestra and the Royal Liverpool Philharmonic Orchestra.

Philippe’s devotion to the promotion of new music has seen him premiere solo works by composers such as Gavin Higgins, Lucy Pankhurst, Peter Meechan and Marco Pütz to name but a few. These performances encompass a variety of different genres and styles, ranging from unaccompanied works and pieces with piano over small chamber music settings to large-scale works with wind or brass band and chamber orchestra accompaniment. Philippe is constantly seeking to elevate the status of the Euphonium as well as its repertoire to that of the other brass instruments. A lot of his commissions therefore exploit contemporary performance practices such as electronic media and loop-pedal installations.

Some of the particular highlights of Philippe’s career were solo performances at the RNCM Festival of Brass and the Northern Brass Festival at the Bridgewater Hall. Furthermore he enjoyed numerous invitations as guest soloist with ensembles such as National Australia Brass, the Luxembourg Military Band, Skipton Camerata, the European Union Youth Wind Orchestra and the Luxembourg Philharmonic Orchestra to name but a few.

Philippe’s educational work saw him becoming the first specialist Euphonium teacher at Luxembourg Conservatoire in 2012. Furthermore he is currently visiting tutor for Euphonium at the Royal Birmingham Conservatoire as well as the Trinity Laban Conservatoire of Music and Dance in London.

Philippe is a Besson/Buffet Crampon performing artist and plays exclusively on the Besson Prestige 2052 Euphonium.